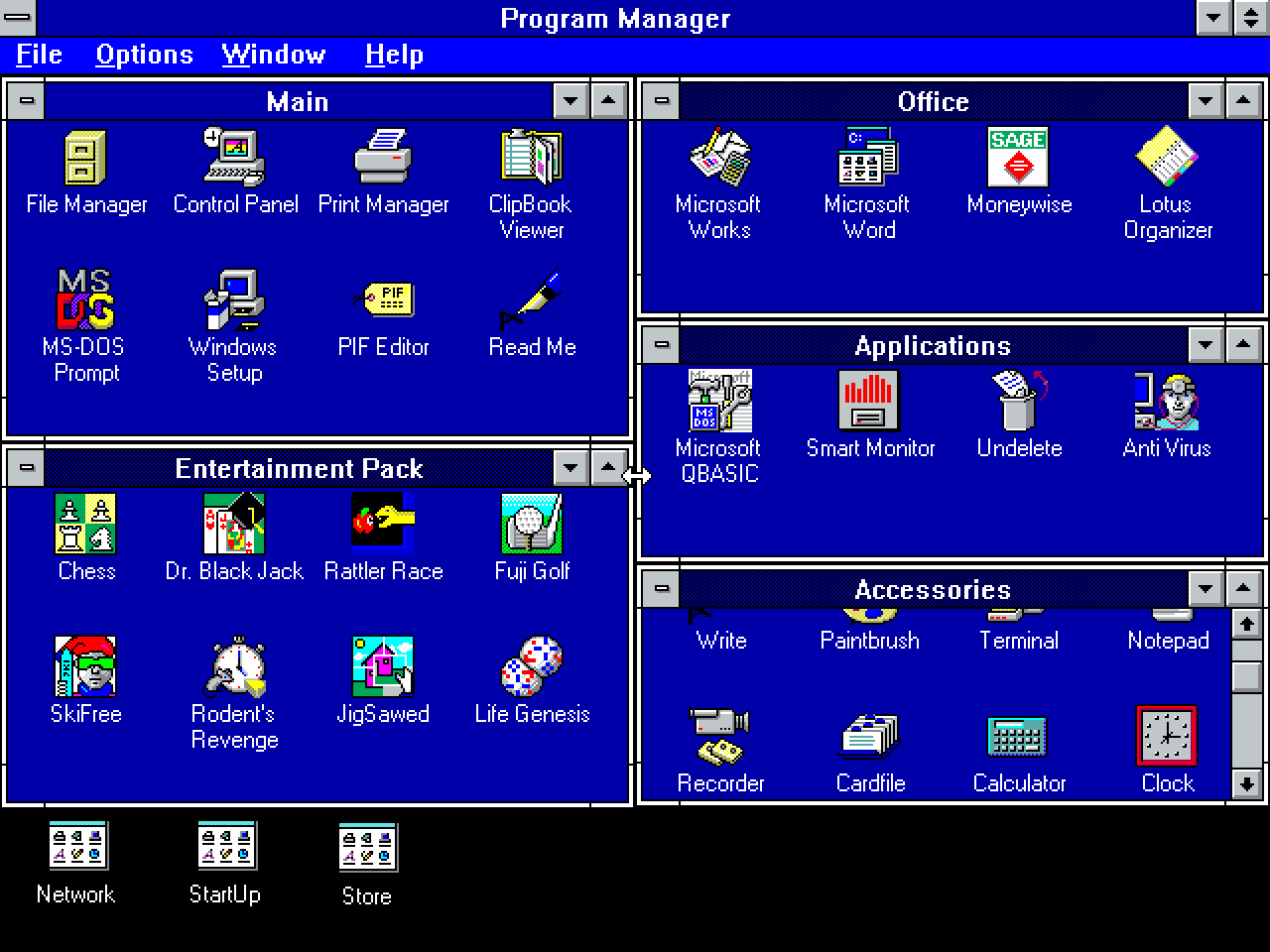 Looking back at a few more of the classic vintage desktop design themes from 1992′s Windows 3.1. This comes in addition to the Plasma Power Saver and Hotdog Stand recollections I posted previously.

The post opens with a custom dark theme, displaying deep blue windows on a black desktop. The Program Manager layout was the central access point for all facilities on the computer. It lacked the Windows Start Menu, which didn’t see daylight until the next major redevelopment of the software – Windows 95. 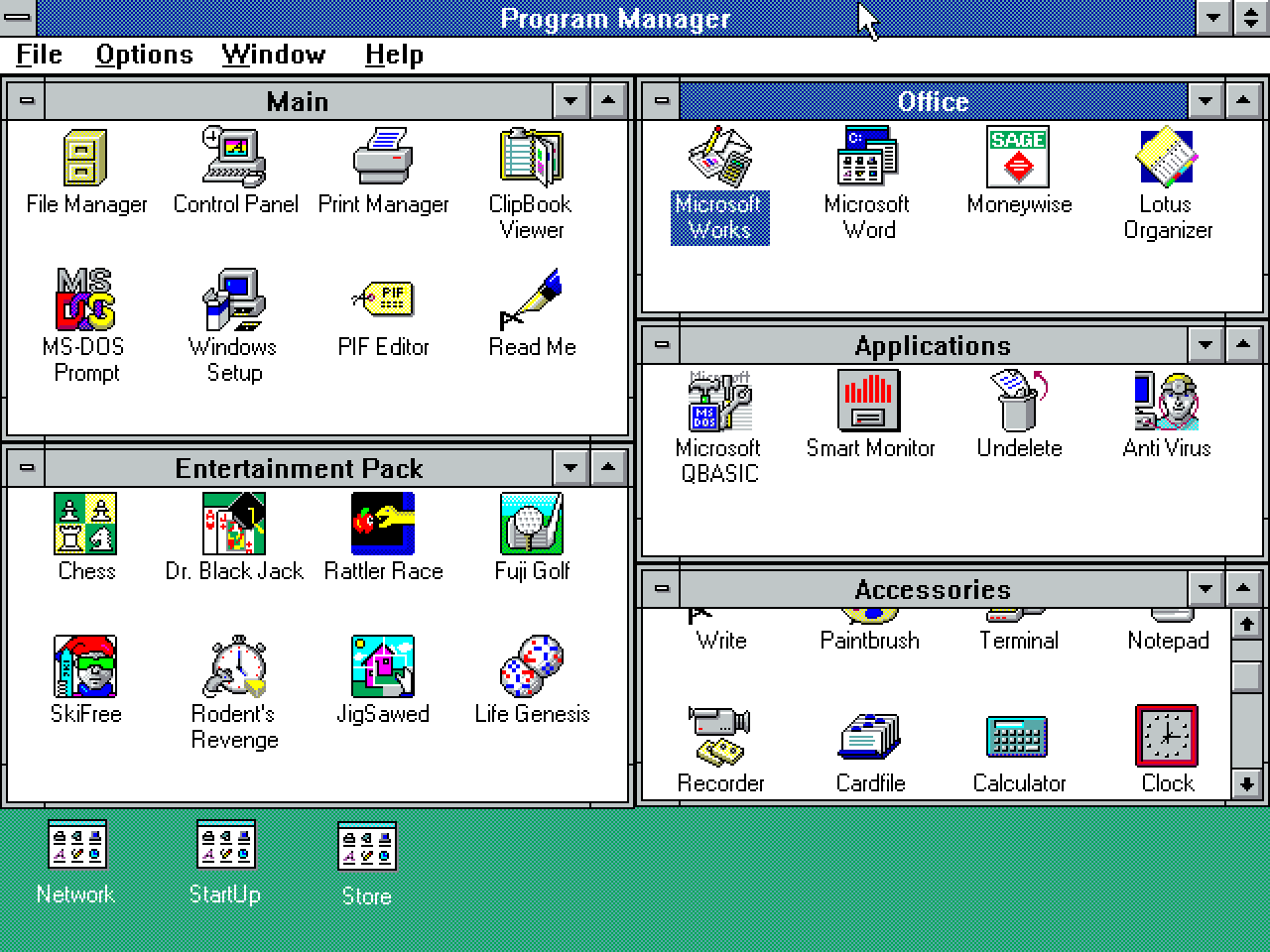 The next theme, shown above, was a standard offering called Ocean. It highlighted active windows in quite an attractive shade of blue, and featured a sort of teal green background for the desktop. Some of the popular office-orientated programs of the 1990s can be seen in the Office group. Early versions of Microsoft Works, Microsoft Word, Sage Moneywise and Lotus Organiser made for quite an enviable home-user package two decades ago.

The Bordeaux theme was another option in the standard selections. All of these desktops struck an impressive look at a time when many users (particularly serious users who couldn’t spare the resources for graphical display) tolerated the very plain, text-orientated environment of MS-DOS on PCs. 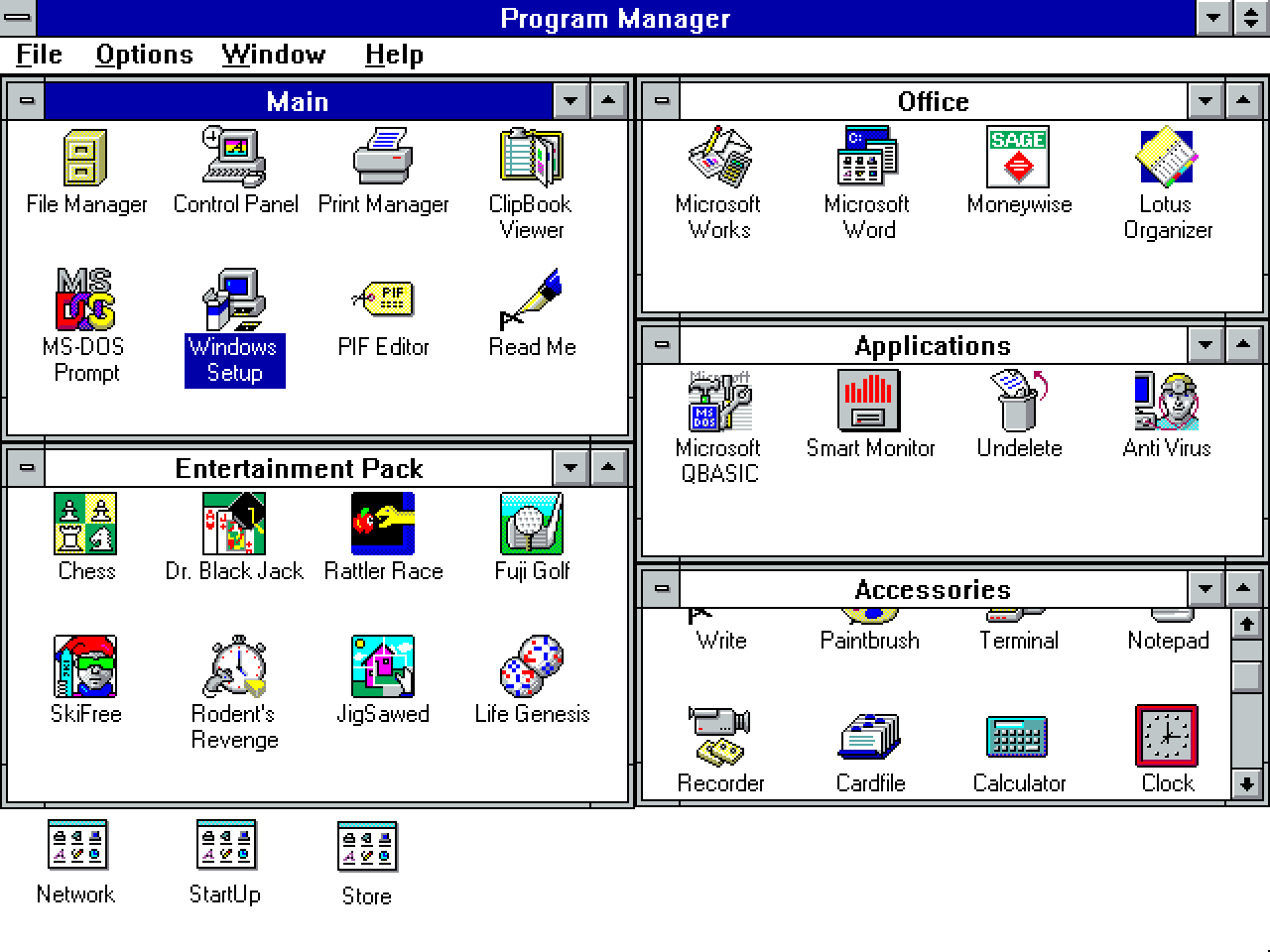 Finally, here’s the Default theme, which was the one you’d see when powering up your brand new 80386 or 80486 PC. It had a very clean look with a white desktop and dark blue highlights. The windows would normally be arranged to group similar or related programs, and each window could be minimised to an icon on the desktop, as you see with the Network, StartUp and Store windows along the bottom of the screen.